Findings of this first interdisciplinary study suggest to connote Kurds as indigenous Northern Fertile Crescent people and descendants of ancient multi-ethno-cultural mountain dweller civilizations, who originated out of a native autochthonous Neolithic population of ancient farmers and shepherds north and north-east of Mesopotamia. They were later linguistically Indo-Europeanized by militarily organized groups and elites who immigrated into the area obviously from Central Asia and the Indian sub-continent primarily via the steppes of what is South Russia and the northern plains of Iran of today. Some of the immigrant elites could have been born already in Eurasia. 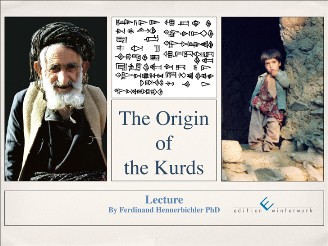