Inter-disciplinary state of the art

This fist interdisciplinary study shows that forefathers of Kurds originated ethnically out of indigenous, autochthonous Neolithic populations in Northern Fertile Crescent areas of Near East and Eurasia.

They were millennia later Indo-Europeanized by militarily organized elites who immigrated from Central Asia in several waves and imposed on forefathers of Kurds Iranian language(s), Kurds still speak.

Contrast to findings of some linguists

This findings are in contrast to common explanation attempts of quite a few researchers, notably linguists, who believe that forefathers of Kurds were originally also in their ethnic beginnings part of Old Iranian speaking groups/elites who immigrated from Central into Western Asia.

This assumptions are mainly based on linguistic considerations. However, newest DNA research of Palaeogenetics and DNA Genealogists who include forefathers of Kurds in their studies disprove convincingly any hypothesis of an equation between ethnic and linguistic origins of Kurds. In contrast, they lead to the conclusion that indigenous Neolithic Northern Fertile Crescent ancestors of Kurds were ethnically not the same people as (Old) Iranian speakers who immigrated from Central Asia.

Therefore, it has to be assumed, that originally Neolithic Northern Fertile Crescent ancestors of Kurds must have spoken in early beginnings Proto-Non-Iranian languages and only at a much later time changed their original laguage(s) to (Old) Iranian. 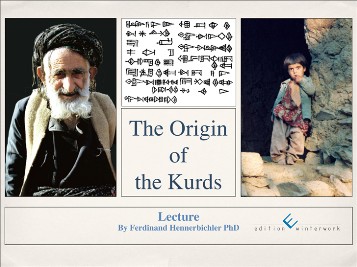